Head of Solar and Space 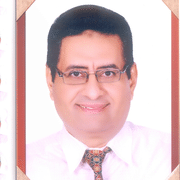 It is considered as a natural extension for the Egyptian ancient history in the field of astronomical record, exploration of the universe and study the nature of the ground. It has been thousands of years ago since the ancient Egyptians started looking to the sky and monitor the movements of the sun and the moon and the celestial bodies and thought there is a relation between the existence of the earth and the sky and knew that the sun is in control of a lot of natural phenomena on the earth.  The Solar and Space Research Department is consists of two Laboratories, the Solar Research Laboratory and the Space Research Laboratory. Each of them contains many of the scientific units. There are convergence in the goals and visions between the two labs.

The Solar Research Laboratory studies the sun as a source of quasi-eternal solar energy as well as the study of the sun as a body physicist as one of the stars. It studies the solar cells and solar laser technology, as well as the studies related to the solar activity and the solar spectrum. Tracking the various solar phenomena and doing the physical models. In addition, the study of astronomy, as well as archaeological Islamic astronomy is also important specialties. Study the relationship between the sun and the earth, the sun and the effects of the space environment to the content of the satellites and the impact on the progress in space projects.

The Space Research Laboratory studies the satellite movement and the natural forces acting on them which cause perturbations in their orbits. The studies related to the satellites tracking with lasers and their applications in the fields of astronomy and the geophysics. As well as studies related to the space environment (including space plasma via the plasma unit at the lab) and their impact on the satellite.One from the recent studies in the laboratory, is the generation and studies of the properties of the nano materials at the nanotechnology unit.   [divider]