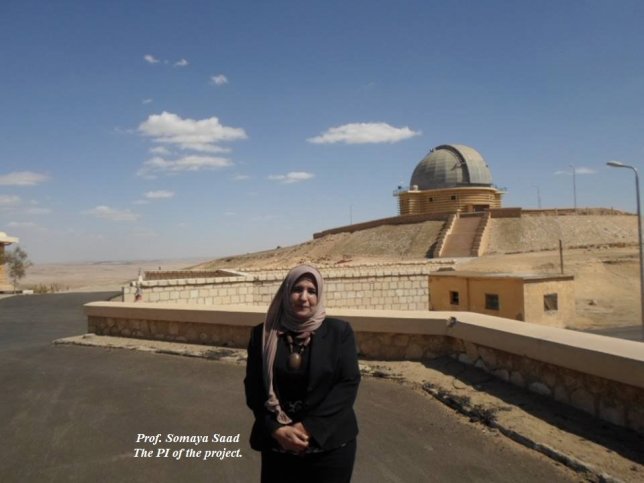 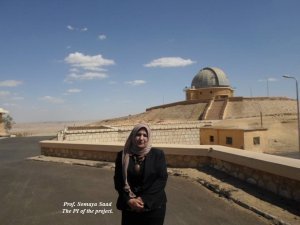 Mission
Using the STDF grant to Develop the existing capabilities of the Kottamia Observatory, purchasing new modern high technical instruments helping and introducing modern research branches in astronomy and space science aiming for more international cooperation and competition in these field of research and to act as guide center for the Arabian and African Astronomers.

Optical Observations
– Continuous optical observations (photometric) using the 74” reflector of KAO, for Binary Stars, Be stars and Pulsating Stars, in addition to the collecting the available published data.
– Handling these observations and converting them to soft data drawing the light curve of
a selected object, using some software like DAOPHOT.
– Using software packages to estimate the initial values of orbital and physical parameters.
Determine the absolute parameters.
– Find the evolution- track of the selected systems inside H-R diagram.

Modern Researches Areas
Using Space Satellite Data
– Study whole Electromagnetic bands
– Xray Binaries
– CVs variables
– Exo-Solar Planets
– Virtual Observatory
– Define the objects which will be studied in each interval of the project center of excellence and the waveband in which it will be studied.
– Download all the software programs which will be used and define the software that necessary to be purchased.

Cataclysmic Variables (CVs)
– (CVs) are short period binaries, in which a late-type main-sequence star transfers
mass into magnetized white dwarf producing an accretion disc.
– In these systems, the accretion luminosity result from the conversion of gravitational
energy produced by nuclear fusion process in the core of normal stars.
– Magnetic CVs are ideal plasma laboratories in which magneto-hydro dynamical
problems and radiation process of the matter under extreme conditions of (temp. of
about 10^8 K, the field strength of ~10^7 -10^8 G) can be studied in great detail.

Extra-Solar Planets
– The question of the existence of extrasolar planets draws upon all we know of Earth,
the solar system, stars life.
– Searching for extrasolar planets has a framework in the physical science of
two rich fields of related research, planet formation theory and observational studies of
possibly planet-related phenomena around other stars.
– The method of discovery can be divided into direct and indirect detection techniques.
Indirect methods of investigation capitalize on the fact that although a planet itself is
difficult to see, the star around which it orbits is clearly visible.

Virtual Observatory (VO)
– Recently the space satellite and ships offer a huge amount of data. Astronomer needs tools for using this wealth of data. VO tools will make all this highly accessible and usable.
– Constructing Egyptian Virtual Observatory will facilitate the international coordination and collaboration necessary for the development of the tools, systems and organizational structures necessary to enable the international utilization of astronomical archives
as an integrated and interoperating VO.
– VO can play a very important role in teaching astronomy in primary and secondary schools and in general for the public. This will be an important fruitful outcome of this project.

Out Comes
– Introducing Kottamia observatory to the scientific committee as well equipped and advanced observatory.
– Researching on the international on the most recent topics.
– Sharing in international research projects.
– A training center for Arab and African young astronomers in addition to the Egyptian graduated and undergraduate students.
– A large no. of valuable researches in the new field of Astronomy, astrophysics, and cosmology.
– Gaining a great experience in data analysis, modern software, simulation, and modeling.
– Solving many of the astronomical puzzles.
– Strengthen the international co-operation and start common research projects with world advanced observatories.